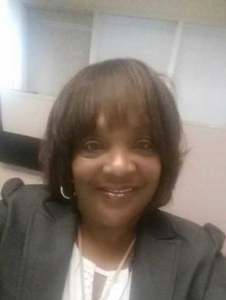 Angela Williams was raised in Columbus, Ohio and graduated from Mifflin High School. She has a son, Marck, who is an employee of the City of Columbus, Department of Recreation and Parks. Angela has been an employee with the City of Columbus, Division of Police, for 25+ years and has been an AFSCME member for 28+ years. Angela was a steward for the Division of Police in 2008 and 2015 and she attended the AFSCME secretary/treasurer training in 2011 and in 2013. She sat on the grievance committee from 2008-2014 and the executive board from 2011-2014. Angela represented AFSCME Local 1632 as a delegate at the AFSCME international convention in Boston in 2010 and in Los Angeles in 2012.

There are no upcoming events.